#MeToo is popping up all over social media in response to sexual harassment/assault allegations against Harvey Weinstein. The news cannot stop talking about the women who have come forward, his alleged behavior, the women who were paid to keep their mouths shut, and the consequences he is now facing.

They all sound shocked that this happened…shocked that so many women would be quiet for such a long time…shocked that such a successful man could possibly do these things.

Before Weinstein, the press was preoccupied with Taylor Swift’s groping trial. Again, there was shock – a DJ grabbed Swift’s backside during a photo shoot. You can clearly see this in the photo and a jury agreed that Swift was NOT, in fact, responsible for the DJ’s shattered career.

Before Swift, we saw photos of the women who accused Bill Cosby of sexual assault. We even saw an artistic image with an empty chair sitting next to women who had been brave enough to come forward; that chair reminded us of all the other women who might have been assaulted, but whose silence made them invisible. How many were there? Will we ever know?

What did we see and hear from the media? Shock. Absolute shock. A beloved American icon was facing abhorrent accusations and for some reason, we found it very difficult to separate our admiration for the lovable, Cliff Huxtable, while grasping the overwhelming possibility that Cosby might not be quite as respectable.

Before Cosby, there was #YesAllWomen. Women flocked to Twitter and used this hashtag to express how they had been sexually assaulted, harassed, and degraded. More than 1 million tweets went out within the first four days of the hashtag’s existence…1 million tweets showcasing misogyny at its finest.

You know what we heard from the media? Shock. It was shocking! It was ridiculously shocking that so many women would have these experiences and would talk about them on Twitter. It was also distressing, so much so that another hashtag developed. #NotAllMen (Obviously, their shock caused them to miss the point entirely.)

Here is the problem. This isn’t shocking news. Women have been talking about these issues for years, generations even.

Women do not owe it to society to continually prove this is real.

The shock needs to end. It is dismissive to women across the world. It reinforces the idea that our experiences are not believable and questions the possibility that men, especially talented or powerful men, could perpetrate such despicable actions. We can allow men to be innocent until proven guilty, without perpetuating the nonsensical charade of shock. Doing so will not make us anymore complacent about misogyny than we already are.

If women are only ever allowed to tell their heart-wrenching stories of harassment and assault, while society listens with attentive shock, we will never start addressing misogyny. Things that truly shock us are unexpected. They are anomalies. We are stunned by them in the moment and then we continue with our lives. This isn’t an unexpected anomaly. Sexual harassment and assault are real problems that can be solved when we choose to hold people accountable for their actions. 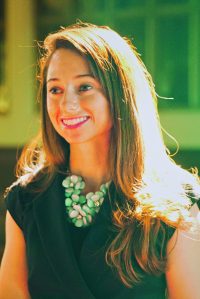 My name is Leia, which should tell you that my dad’s favorite movie is Star Wars and I have some very unfortunate nicknames. I studied International Relations in undergrad and couldn’t find a job to save my life, so I changed my plans and studied communications in graduate school. I served The United Methodist Church for 7 years in fundraising, discipleship, and communications. Currently, I am working as a consultant, but in November I will return to my work with The United Methodist Church.

Grace is like a box of Crayola Crayons. Your life is part of a bigger plan. Pick up a color and Share this love. Crayon alongside, The Hopeless. The Heartbroken. The Lonely. The Left Out. The Lost. Anyone who’s ever felt their colors fade out. -What are you waiting for? “Pick up a Color, Crayon the World.” - Dale C Fredrickson

This site uses Akismet to reduce spam. Learn how your comment data is processed.